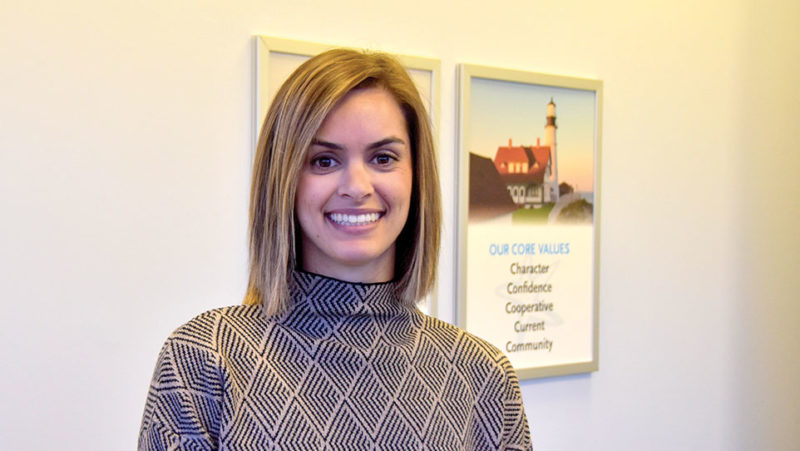 We’ve known for some time the superstar qualities that our Human Resources Manager, Peyton Dostie Collins, shows us daily behind the scenes at cPort. So, it was no surprise to us when her alma mater inducted her into their celebrated sports hall of fame this past Fall. The Husky Hall of Fame recognizes the outstanding athletic achievements of the University of Southern Maine graduates.

Peyton was a field hockey and track star for the USM Huskies from 2012-2016. Her impressive achievements and awards are too extensive to list here, but we’ll cite a few highlights.

As a three-year member of the Huskies’ field hockey team, Collins became the program’s all-time leader in points and assists and was second in goals. She was also a three-time All-Little East forward, earning first-team honors as a junior and senior, and was named the LEC (Little East Conference) Offensive Player of the Year back-to-back in 2013 and 2014.

We are thrilled that Peyton has been honored with such an illustrious award! Here at cPort Credit Union, we believe everyone deserves recognition for their hard work and dedication—and there’s no better example than Peyton herself!